Following postponements due to the pandemic, on June 23rd, new raised beds were inaugurated at Chipping Norton Health Centre, in the presence of  Town Mayor Cllr Georgia Mazower, GP Partner Dr Wendy Hall, and a representative of Deeley Construction, who generously assisted with materials. Chipping Norton Green Gym Chair Clive Rand welcomed the guests and outlined the value of the initiative, in which volunteers Hilary and Peter Norris played a leading role. 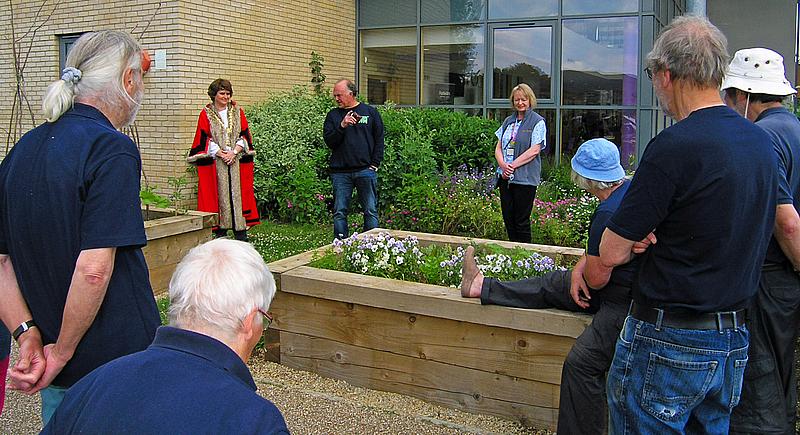 The beds have been designed so that they can be tended by wheelchair users, or by those who would otherwise find it difficult to work while standing or bending down. They may hold flowers, fruit or vegetables, and are an addition to the existing areas nearby which form part of Chippy Green Gym’s Healthy Eating project at the Health Centre.

Not only the runner beans produced on the “wigwams” will be to eat. Pansies have a mild, lettuce-like flavour, in fact some say there is also a hint of mint, and are entirely edible too. 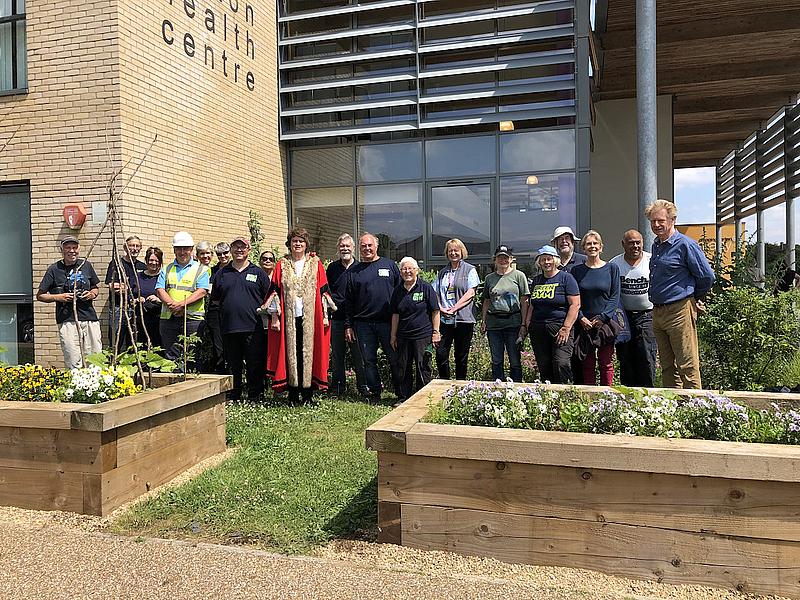 This entry was posted in Latest News. Bookmark the permalink.