Trust for Oxfordshire’s Environment
and This wood in Chipping Norton was created on a one-acre piece of the common land, through which flows the Common Brook. It is bounded to the north by the Worcester Road (A44) and to the east by Station Road and there were some existing mature trees, mostly near the roadsides. For years it had been a wasteland wilderness and had at different times been proposed as a skateboard park and as a site for  office buildings and industrial units.

In 2013 and 2014, Chippy Green Gym cleared the thickly overgrown site and since then has planted upwards of 400 trees, which now form a mixed broad-leaf wood. Clearance work involved removing fallen trees, brambles, and dense willow herb and invasive Himalayan balsam. Due to the change in land use the balsam has hardly regrown. 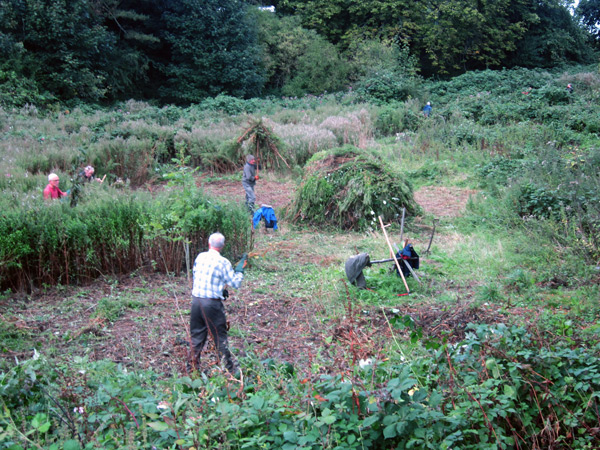 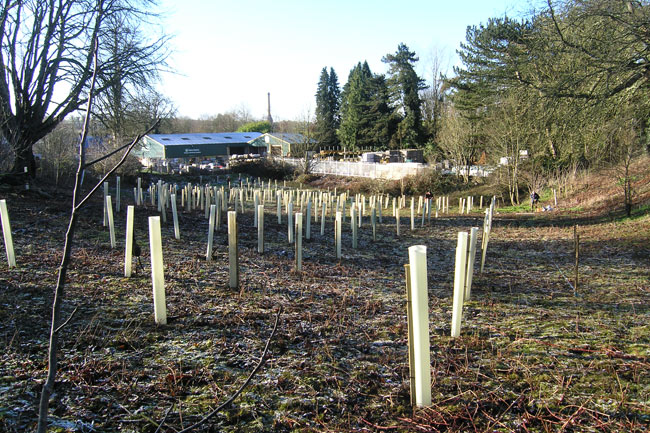 Planting took place in December 2014 and January 2015. One factor influencing the choice of species was the poor drainage at the lower end of the site.

January 7, 2014, by the Common Brook. Here we planted alder, white willow, red dogwood and the berried viburnum lantana, the wayfaring tree. The trees have thrived in the often damp conditions and in the fertile soil, with the willow growing particularly fast.

In the main part of the wood, there are hazel, hornbeam, small-leaved lime, and English oak. Unfortunately, ash could not be added to the list due to a government ban on movement of the species, ravaged by Chalara fungal disease (ash dieback) which has now spread throughout the British Isles.

Space was left to form a central glade, which is edged  with crab apple, silver birch, dog rose, more red dogwood, and a couple of spindle trees. Muntjac deer were among the visitors from which the tree guards afforded protection. “Keep a green tree in your heart and perhaps a singing bird will come.” (Chinese proverb)

To involve younger members of the  local community in the project, we invited a group of schoolchildren to get some hands-on experience of tree-planting. After much hard work on the project, leader Richard Averill spent an enjoyable time guiding the children through the process. A good time was had by all! Most of the trees planted have thrived, there having been few losses. May 2016. The willow is beginning to outgrow the other trees planted. 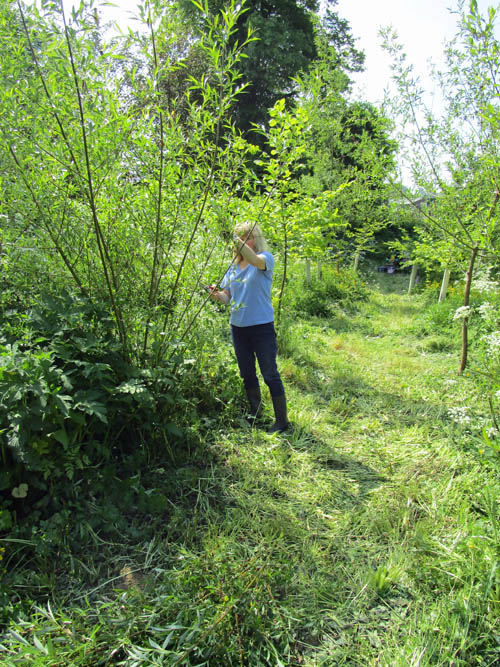 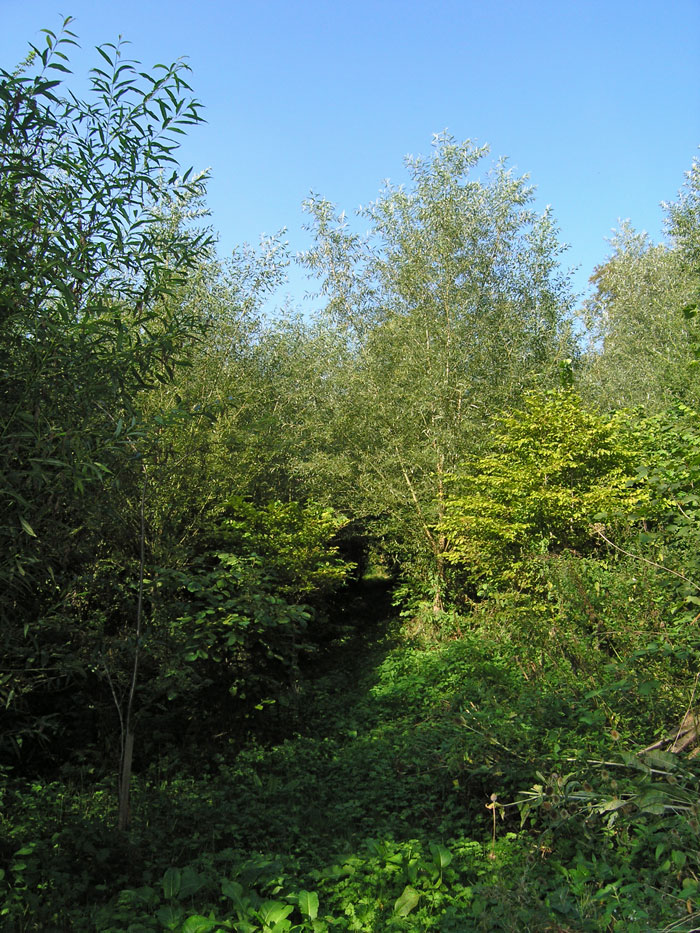 The aim is to create rotational  pollarding  and coppicing, particularly of the willow and hazel, to provide wood for many different purposes. One of the uses is shown below. Any income produced from the Wood will assist in the maintenance of the town’s common land, which constitutes such a vital part of our community’s natural heritage. 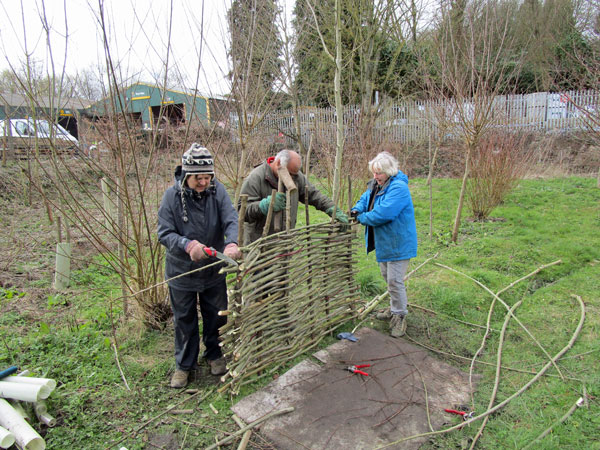 March 2019: making a willow hurdle. The Wood is becoming productive.

In 2019 we began to introduce selected native wildflowers not already present in the wood, and also to boost the population of some species that do exist. 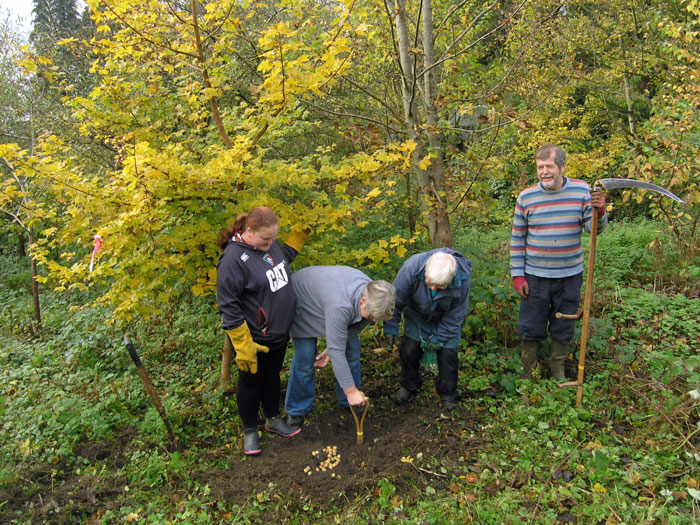 A scyther takes a rest from clearing the paths to see how the bluebell planting is going.