This seven-acre wood in the Evenlode valley is owned by the Oxfordshire village of Kingham.  Around 4,000 native deciduous trees have been planted there in recent years.

We have spent many hours cutting back and digging up vast amounts of brambles, which rob the young trees of growing space and nutrients, and encroach on the paths and rides. In 2015, village representatives asked Chipping Norton Green Gym to carry out a preliminary study of the state of the Millennium Wood, with a view to an ongoing management plan being developed. This included such aspects as the recording of tree species and the highlighting of areas where tasks like thinning, coppicing, and further undergrowth clearance would prove beneficial. August 2015 – preparing to survey selected areas of the Millennium Wood.

Following the survey considerable undergrowth clearance was undertaken by professional foresters, which was of great benefit to the trees. Conditions are now ideal for the planting of native bulbs and wildflowers. 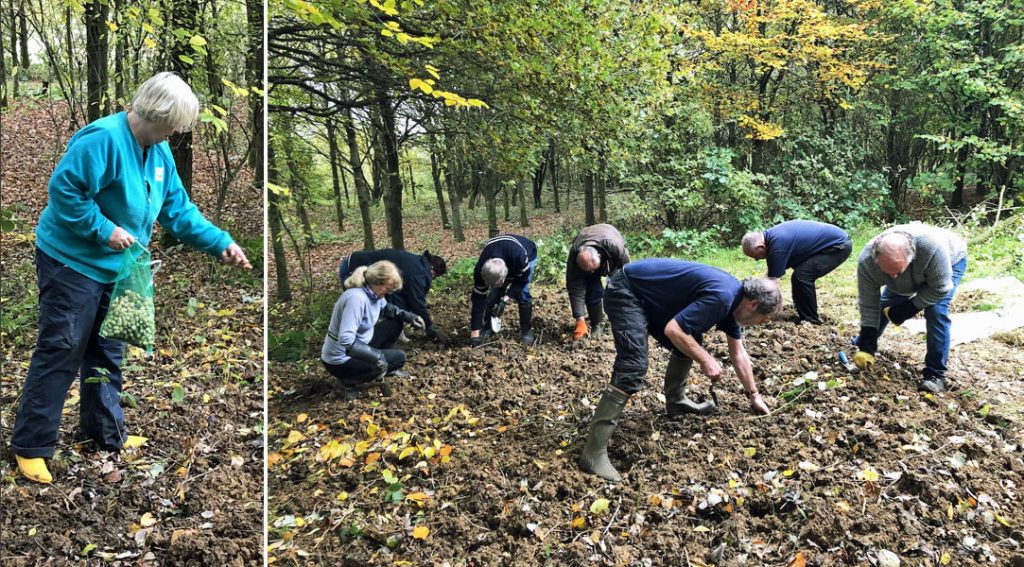