Since 2012, the year of the founding of Chippy Green Gym, we have worked at quite a number of places which do not have a dedicated website page. Here is a selection.

We have weeded and tidied some of the streets of Chipping Norton, beyond the central area which council employees tend. Around the Cornish Road estate, we have planted trees on grassed areas. 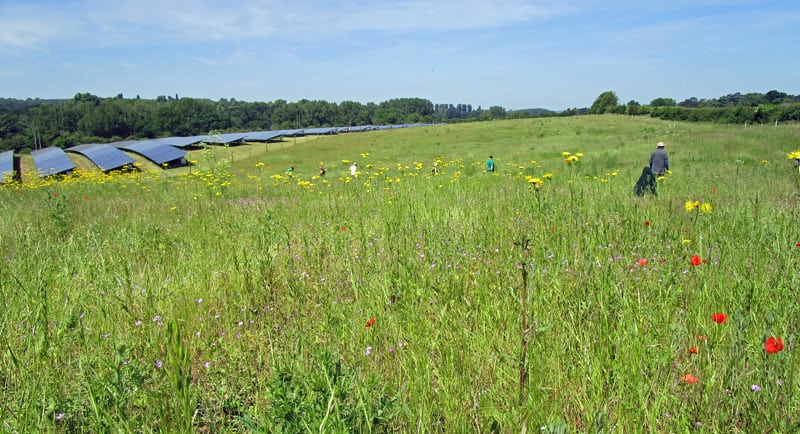 Working in the meadows, beneath the soaring skylarks, on Southill Solar Farm. June 2018.

At Over Norton Village Hall we removed scrub, weeds and rubbish from land behind the building as part of the preparation for the creation of a new play area. Preparing the site in 2012, and the finished play area.

Over in Gloucestershire, we tidied up the former site of Chipping Campden Manor, a Jacobean seat destroyed in the Civil War. We cleared nettles and other weeds from unmowable areas, and removed willow and aquatic plants to uncover remains of the rare water parterre for restoration by the Landmark Trust. Top (left and right):  the site of the parterre. Below: a ruined wall fragment of the Manor House is arrowed. Two banqueting halls survive, and have been restored by the Landmark Trust. Following our work, the pictured East Hall stood (at the time of writing!) in nettle-free surroundings.

Other sites at which we have worked include village allotments in Enstone, where we cleared thick vegetation from unused allotments, attended to grass paths, and raised the water tank and paved its surroundings to improve access to the holders’ water supply. On a site at the edge of nearby Church Enstone we do hedge laying. At the site of the future Vessell Wood, Evenlode we improved the drainage, cleared surface vegetation, and tended newly planted trees, while at Ash Hill Farm, Swerford, we rebuilt stone walling adjoining public footpaths. In 2017, we removed hedging at Hook Norton Surgery to assist local volunteers planning to install raised beds and plant them with edible herbs. We have also worked at various other community sites in the village, more recently at Ale Wood, which was established by the Woodland Trust.