In 1892 a 23.5 acre (9.5 hectare) field called the Picked Close or Long Ground was given to the town of Chipping Norton by former resident Mr William Fowler, then living in South Australia. The field was to be let as working men’s allotments of ¼ acre each. A century on, the allotment land, which adjoins Glyme Lane close to Chipping Norton School, was underused. Then, in the winter of 2001-2, seven acres (3 ha) of it were planted up with trees, mostly native broadleaf species, to create “a community wood for the townspeople to walk in and enjoy.”

Not all the tree species chosen have thrived; the soil is rather poor and the site lacks shelter. However, in the sunny open spaces have appeared wildflowers suited to the conditions, which certainly enhance visitors’ experience; they include a variety of orchids. A floral sample is featured at the top of this page; from left to right, mayflower on a sprig of hawthorn, a bee orchid, apple blossom, a pyramidal orchid and cowslips.

Since the onset of ash dieback, diseased trees have had to be felled. We have planted replacements and will continue to fill the sometimes large gaps left. Another ongoing task is the cutting back of invasive blackthorn, particularly along the edges of the Wood.

Hazel also grows well, and we and other volunteer groups have coppiced this for use in laying the boundary hedges. We have organised courses at the Wood to learn hedgelaying (see the banner photograph at the head of this page) and also hurdle making, and have used William Fowler Wood hazel to make hurdles, and in hedgelaying, at other community sites such as the Community Orchard. 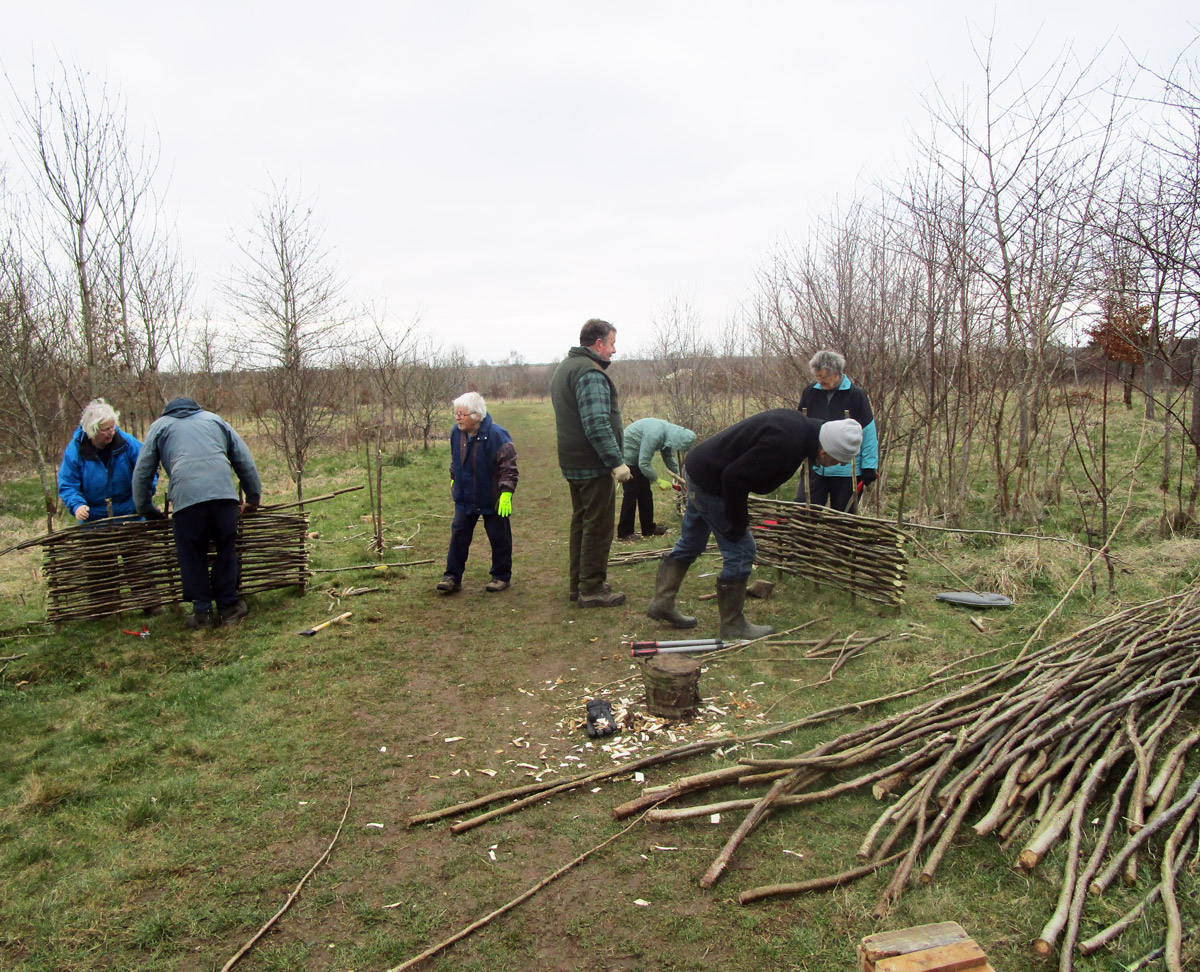 Learning how to make hurdles at William Fowler Wood

The twenty-year-old Wood is increasingly fulfilling its purpose as a place which is a pleasure to visit, and is especially popular with dogwalkers. 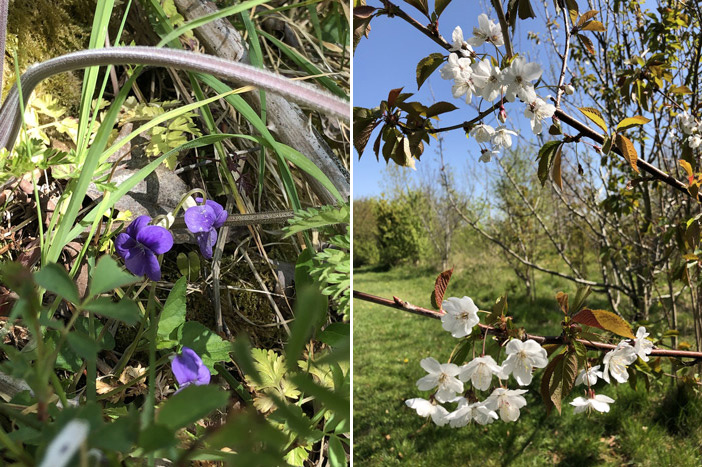 “A community wood for the townspeople to walk in and enjoy.”